Whit Merrifield is the best baseball player that no one knows about and one reason is that he plays in Kansas City for one of the worst team in baseball.  Merrifield came up to the Royals in 2016 and since then, he has hit .292 including over .300 this year.  Over the past two seasons, he has hit 33 homers and stolen 70 bases plus he has played not only a very good second bases but has proven to be valuable player in the outfield.

What Merrifield has done is to combine the classic utility player, playing many positions while proving to be a solid hitter.  At the age of 29, he is in the prime of his career and presently his 36 stolen bases leads the league.  One player that he compares is to Ben Zobrist who is presently hitting .312 but a lifetime .267 hitter and Zobrist has played in two World Series for Kansas City and Chicago in 2015 and 2016.  Zobrist, like Merrifield, plays multiple positions and plays them well but so far Merrifield is the better hitter.

If Merrifield was on the New York Yankees or Boston Red Sox, he would be a household name but being in the Midwest and on a last place team in the worst baseball division, no one knows how good he truly is.  The question remains, how long does Merrifield stay a Royal? Right now he is under control until 2021 but there is always talk about trading him for multiple prospects. 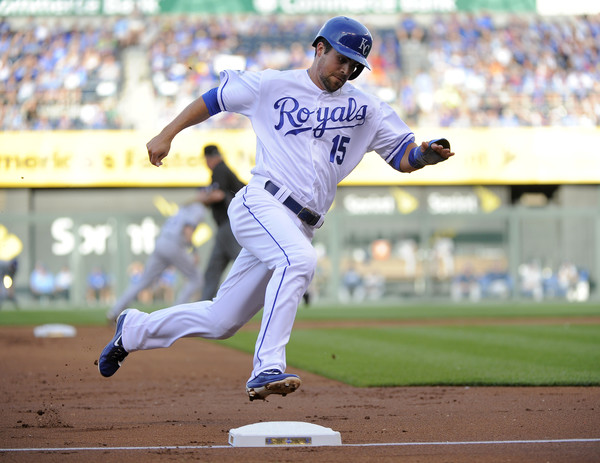 What should the Royals do?  They should keep him since he can play so many position but as a lead up batter and combined with Mondesi who has shown both power while hitting for average.  These two at the top of the lineup could the most potent one two punch. They can not only hit for power but also two of better base stealers in the game today.  That means those behind them are getting a lot of fast balls if they are on the base path, which benefits hitters down the line up and

The Royals are few years from competing but this year, younger players brought up showed potential just as Ryan O’Hearn who has hit 11 homers in less than half of the year along Hunter Dozier who added 11 homers. They still have Salvador Perez who is the game best catchers and there are young pitchers just as Brad Keller who look like they belong in the majors.

Merrifield is the best Royal player who can do about anything, hit for power and in Royal stadium that means not just homers but power to the gaps.  He is an excellent baserunner and fielder.  He is a Royal building block for the future.