Kirk Ferentz has become one of my favorite coaches and two decades ago, I became a Hawkeye fan.  For many Iowans, Iowa is their professional team and Saturday is their day to love their Hawkeye with tailgate parties beginning in the morning. 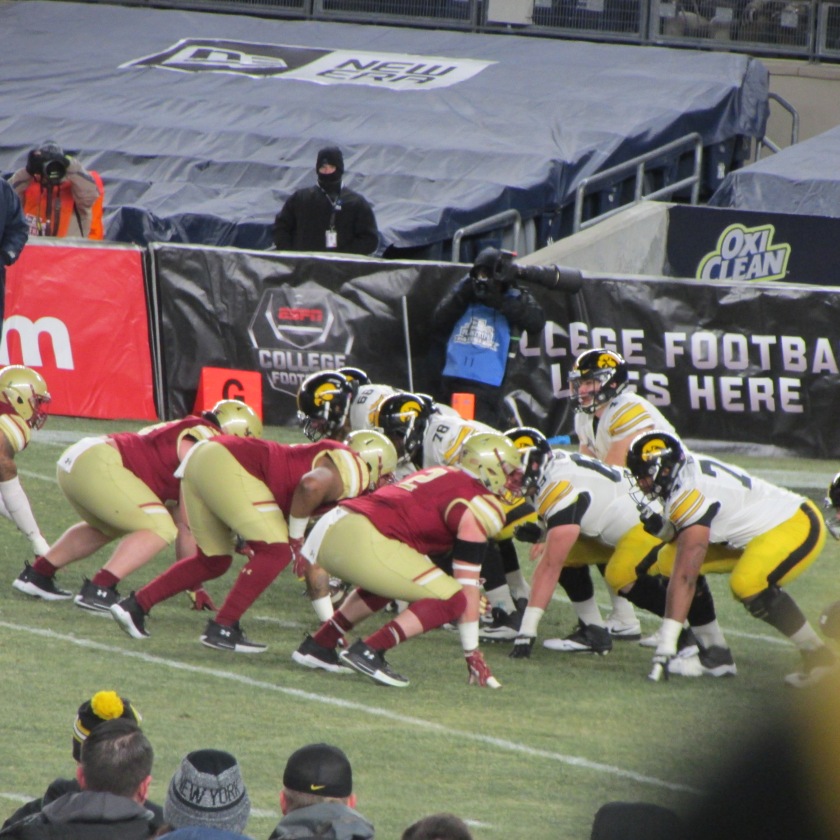 Kirk Ferentz is not the greatest coach in college football but he is a good coach and Iowa understand that in Ferentz, they have a coach that fits their state and their expectation.  The reality is that most college teams are Iowa and not Alabama.  Alabama is a super team that expect to win championships and very few schools actually are truly contenders.  Most teams finish 8-4, 9-3 or maybe a few will win 10 games and make a bowl game.  Iowa is one of those teams that almost every year goes to a bowl games while winning an average of 8 games.  Since 1979, Iowa has had only two coaches, Hayden Fry and Kirk Ferentz.  Fry has won 143 games over 20 years and retired with most victories of any other head before Ferentz won his 144 victory the first game this year.   Ferentz and Iowa have been competitive since the turn of the century including winning more games than SEC power Tennessee and as many as Notre Dame.   Over the past five years, Iowa has defeated Nebraska four times and all of the victories by double digit.  Nebraska was once a leading power and when it joined the Big 10, it was presume that Nebraska would add another power team to the Big Ten. Instead, Nebraska has drifted back to the pack in a weak Big Ten West.  This year Nebraska is off to a 0-4 start and now is starting to rebuild.  Scott Frost, the new head coach and a former Nebraska star, want to rebuild Nebraska to its glory days of Tom Osborne but the question is Nebraska can actually return to its glory day or will they be a eight, nine or occasionally ten victories and occasional major bowl game and will Nebraska be satisfied with being like Iowa?

For four decades, Iowa have had two head coaches, big victories and a few bowl wins, averaging nearly 8 victories per year.  Bowl victories in the Ferentz years included victory over SEC powers such as Florida and Louisiana State, so Iowan fans have managed to enjoy their team, knowing that that at least team will have a winning record and go to a bowl game.  Iowa fans travel to bowl games and many bowl games love to have Iowa knowing the fan base shows up.

Most college teams are like Iowa and not Alabama, teams that will have good years, a few bad and maybe magical year. Iowa in 2015 had a magical year finishing the regular season 12 -0 followed up by a pair of 8-5 records which included a victory in the Pin Stripe Bowl in 2017 along with a big upset of Ohio State 55 to 24.

Alabama fans expect their team to be in the playoffs and Clemson fans have similar expectation. Notre Dame fans for years have had similar expectation and yet since the turn of the century, Notre Dame has not been much better than Iowa and while Notre Dame have been to a final, Alabama merely crushed the Fighting Irish and this year, they are looking to be in the playoffs again. The Irish name gives the advantages when selection time comes but Iowa program has been as good as Notre Dame over the past two decades.

In the 1990’s, Tennessee was a National Champion and now they are no better than Iowa as a program.  Notre Dame was a national powerhouse but haven’t won a national title since 1988, and the meantime, Iowa has had only two coaches who led their team to success, bowl games and consistency.  Iowa has settle for consistency and sent players to the NFL, and Fry assistant coaches have become head coaches in their right including Bob Stoops, Bill Snyder and Kirk Ferentz.

The lesson for college fans is to be satisfied with what they have. Iowa has developed a successful program that has won 489 wins over the past four decades, several bowl victories and sent several of their players to the NFL.  The problem that many schools are not as satisfied with who they are as they fire coaches and start all over.  Nebraska is now in the same position as Iowa but fans will not forgive Frost if he doesn’t return Nebraska to the glory days of National titles.  Bo Pelini was fired despite averaging 9 victories and winning at 70% rate.  After getting fired beating Iowa, Nebraska Athletic Director Shawn Eichorst arrogantly responded, “We are supposed to beat Iowa.”  Last year, Eichorst got fired after Nebraska lost their third straight to Iowa, all by lopsided fashion and Nebraska was only 19-19 after Pelini was fired.  What Iowa gives their fans is consistency and stability, virtues rarely appreciated.